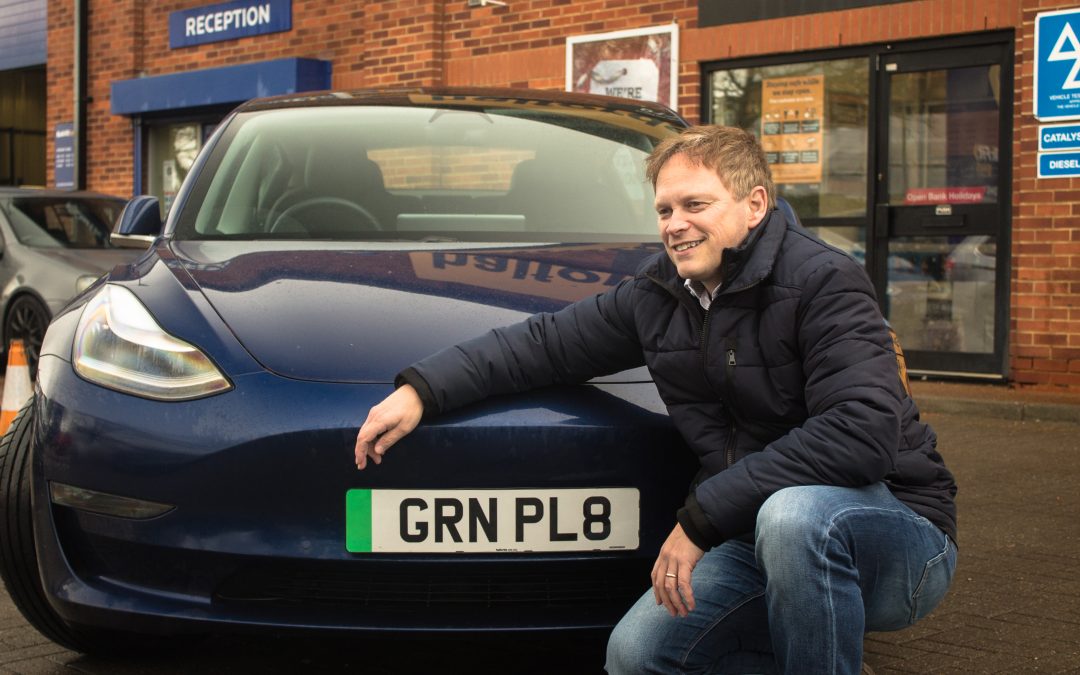 Welwyn Hatfield MP and Transport Secretary Grant Shapps recently visited Halfords autocentres in Welwyn Garden City to have the first ever ‘green number plate’ fitted. This comes as the country prepares for the mass adoption of electric vehicles ahead of the UK ending its contribution to climate change by 2050.

The number plate consists of a green coloured flash on the left-hand side of the plate to designate the vehicle as having zero emissions at tailpipe. The plates are now available to the general public and will be included with all new zero-emissions-vehicles unless customers choose to opt out.

Mr Shapps said the move “Underlined the Government’s commitment to tackling poor air quality in the UK’s towns and cities. It builds on last month’s announcement to end the sale of new petrol and diesel cars and vans in the UK by 2030, putting the UK on course to be the fastest G7 country to decarbonise these vehicles.”

The introduction of the new plates on UK roads will raise awareness of the growing number of zero emission vehicles, as well as helping motorists benefit from possible local initiatives such as special parking spaces and cost-free entry into zero-emission zones such as the one in London.

“Green number plates could unlock a number of incentives for drivers and increase awareness of cleaner vehicles on our roads, showing people that a greener transport future is within our grasp.

“We’re supporting small businesses to develop the transport tech of the future through a multi-million-pound investment, ensuring that UK businesses remain at the forefront of low carbon innovation and research.’’

A video was produced during the visit, which can be viewed below: