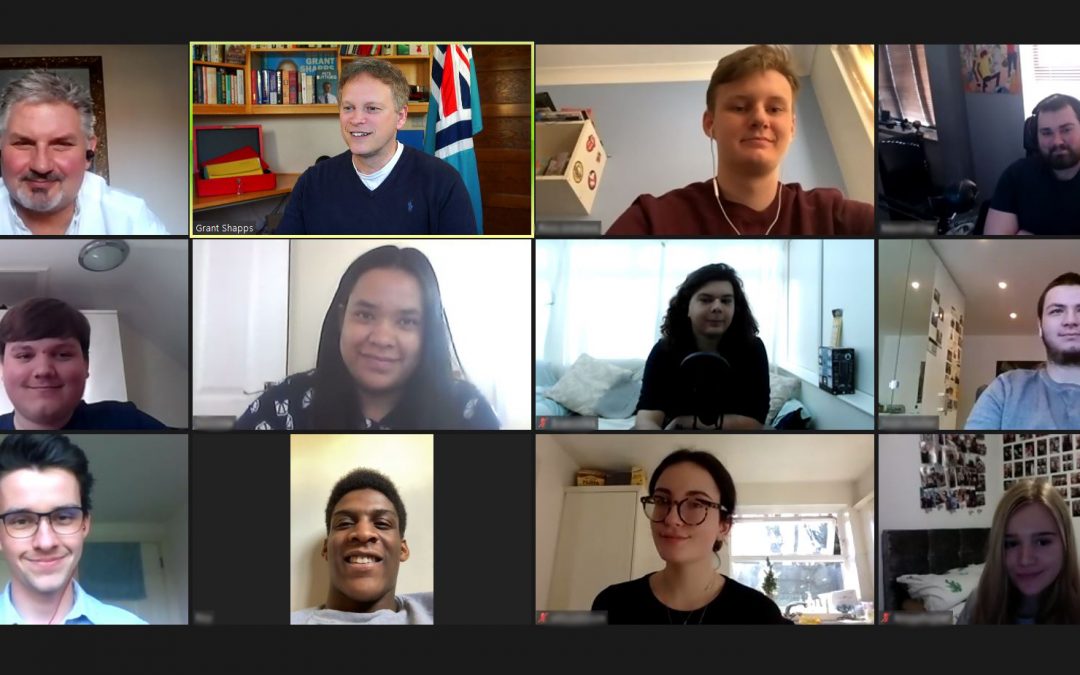 Transport Secretary Grant Shapps MP meets with students at the University of Hertfordshire over Zoom to discuss policy, politics and getting involved locally.

Mr Shapps met with students of the university, based in Hatfield, to find out about their experiences as students interested in politics. He was hosted by the newly formed University of Hertfordshire Conservative Society.

Mr Shapps spoke to them about his own career- how he became involved in politics, his career in business and working as a Secretary of State for a large government department.

The meeting- consisting of students- turned into a Q&A with participants asking Mr Shapps policy questions on homelessness, business and transport.

Speaking about the meeting, Grant Shapps said: “It’s absolutely vital that we have a new generation of bright, enthusiastic people to get into politics.

“I am so pleased to see such an interest in politics and public service from students at the University of Hertfordshire. We had a great discussion on a broad range of issues and I was really impressed at their enthusiasm.

“It’s a testament to their commitment that they would set up this organisation to discuss, debate and campaign for the things they believe in.

“Whatever your beliefs, if you want to serve your community and help improve people’s lives, I would really encourage you to get involved locally- campaign on issues you care about, volunteer or stand for election.”

The chair of the society, Gavriel Solomons said of the event: “One of the things that unites us, as Grant mentioned in one of his answers, is an ethic of wanting to give back to our country and make a difference.

“And this is an aspiration for many of our members, whether that’s aiming to become a councillor or MP, go into journalism, or just volunteering in our local communities, there are many ways to make a difference.

“As a society, that means getting involved…and contributing by canvassing and campaigning, such as in the upcoming local elections in May.”

Gavriel Solomons states that they’ve had some ‘great support’ in setting up their society. They have 34 members. Mr Solomons says the society is “really excited for the future.”