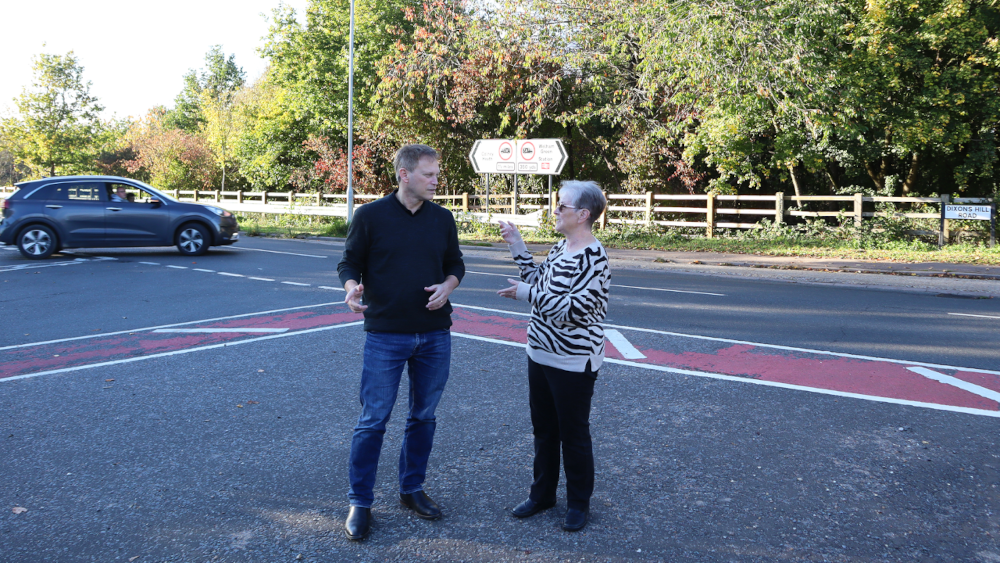 The Welwyn Hatfield MP discussed the incidents with Councillor Teresa Travell who joined him on the visit.

Mr Shapps and Cllr Travell agreed on the need for Hertfordshire County Council Highways to step up and rectify the issue – whether that be by installing clearer signage, or reducing the speed limit in the vicinity of the junction.

On the matter, when contacted by Mr Shapps’ office, Hertfordshire County Council previously said that the “junction was identified as a hazardous site in the 2021-2022 annual review” but “no further investigation was undertaken as the most recent collision record appears to be on a downward trend.”

“However, if collision numbers begin to increase at this location, the site will be identified as part of the annual collision investigation reviews that are undertaken.”

Of the visit, Mr Shapps said, “the county council and highways need to act now to reduce the likelihood of another serious incident in the future.”

“Residents are concerned for a reason. When there is a risk to life and limb it is best to be proactive not reactive”.

“I will be monitoring the Swanland Road-Dixon’s Hill Junction very carefully, and working with Teresa to make sure residents’ concerns are addressed.”

Cllr Travell followed up Mr Shapps’ comments by saying, “I’m grateful to Grant for coming to take a look at the junction today.

“His help will be invaluable in getting this issue resolved. I’m sure that his involvement will go some way to alleviating residents’ concerns.”

From January 2016, when previous engineering works at the junction were completed, to December 2017, there were two slight and two serious personal injury collisions recorded at the junction.

Two collisions occurred in December 2019 and another in 2021.

This data does not include incidents that were not reported to the police.

North Mymms Parish Council has challenged the speed limit in the vicinity of the junction on a number of occasions but has been unsuccessful in getting it reduced.

The junction is situated close to a bend in the road over a bridge crossing the A1 and is not well marked.