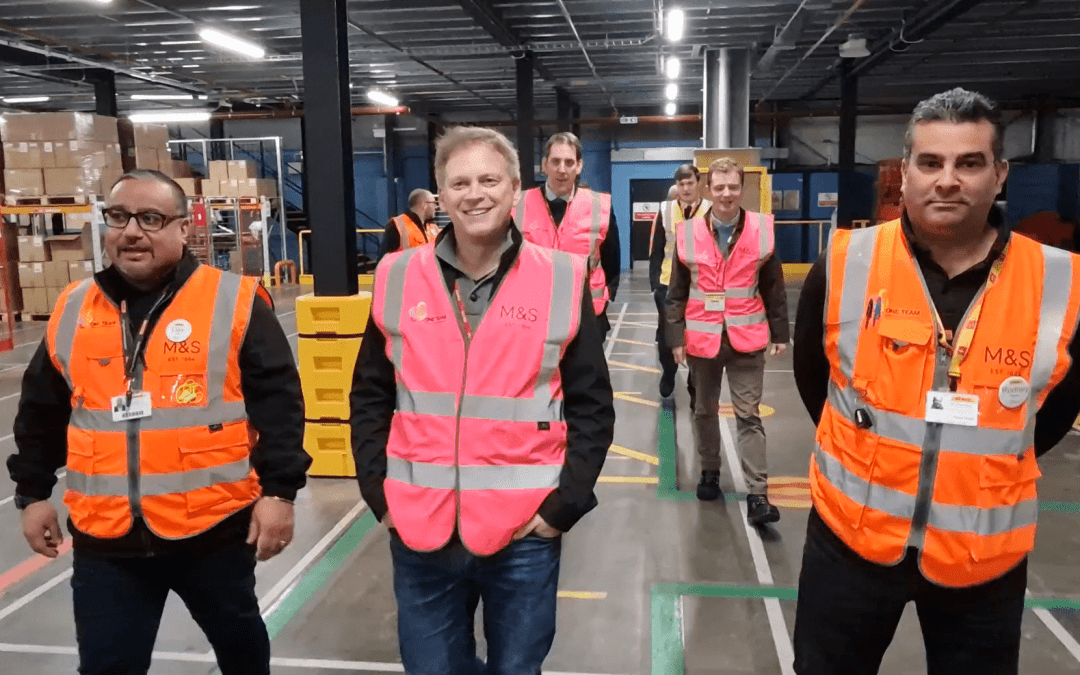 Welwyn Hatfield MP Grant Shapps was taken for a tour around the DHL M&S Welham Green distribution centre during one of his recent constituency days.

During the tour, Mr Shapps was informed of how the centre functions as well as being shown the innovations that have been made across the centre. The centre, which opened in September 2019, distributes M&S goods around the country on a daily basis.

Along with the automated workers, Mr Shapps was informed that there were over 52 nationalities working at the centre at any one time.

“That’s why using the robots is so much easier” stated one employee to Mr Shapps, “it enables a more streamlined and efficient approach for communication between colleagues”.

Mr Shapps thanked all those that gave him the tour and congratulated the team on their many achievements and innovative spirit.

“These robots are absolutely brilliant,” said Mr Shapps commenting on his visit, “they are making life a lot easier for colleagues here to work here. This really is automation at its best.”

Mr James Stephens, VP for Corporate Affairs at DHL, followed Mr Shapps’ comments and thanked him for taking the tour:

“It was great to welcome Grant to our distribution centre during one of his busy constituency days. The MP really took the opportunity to understand how we’re transforming our operation and the way in which DHL is helping to deliver for M&S customers around the UK right from Hatfield.”