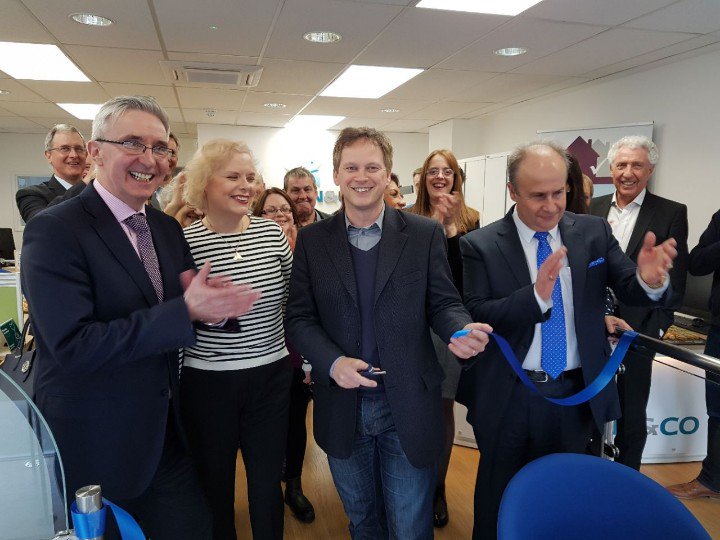 Grant joined Stephen Dooley, the Franchise Owner of the branch, and Ivan Ziff, Senior Sales Negotiator, along with local community and business representatives to cut the ribbon and declare the new branch open for business.

Staff at the WGC branch opted to relocate to a more high-profile position on Howardsgate after feeling that they had outgrown their old premises and needed to move to allow the business to grow further. Martin & Co have been in Howardsgate since 2008, with Stephen purchasing the franchise in 2011.

Grant said: “I was delighted to be invited to come and open the new Martin & Co branch right in the heart of WGC. Martin & Co is the country’s largest letting and property management franchise business in the UK, with a strong high street and online presence. This new branch shows that the company is committed to providing a fantastic service to the residents of the city.”

Stephen Dooley said: “The fact that the month before our move was the best we’ve ever had just proves that now is the best time for us to keep growing. We wouldn’t be doing so well without providing good value to our customers and we look forward to welcoming new ones to the new-look Welwyn Garden City Martin & Co office.”