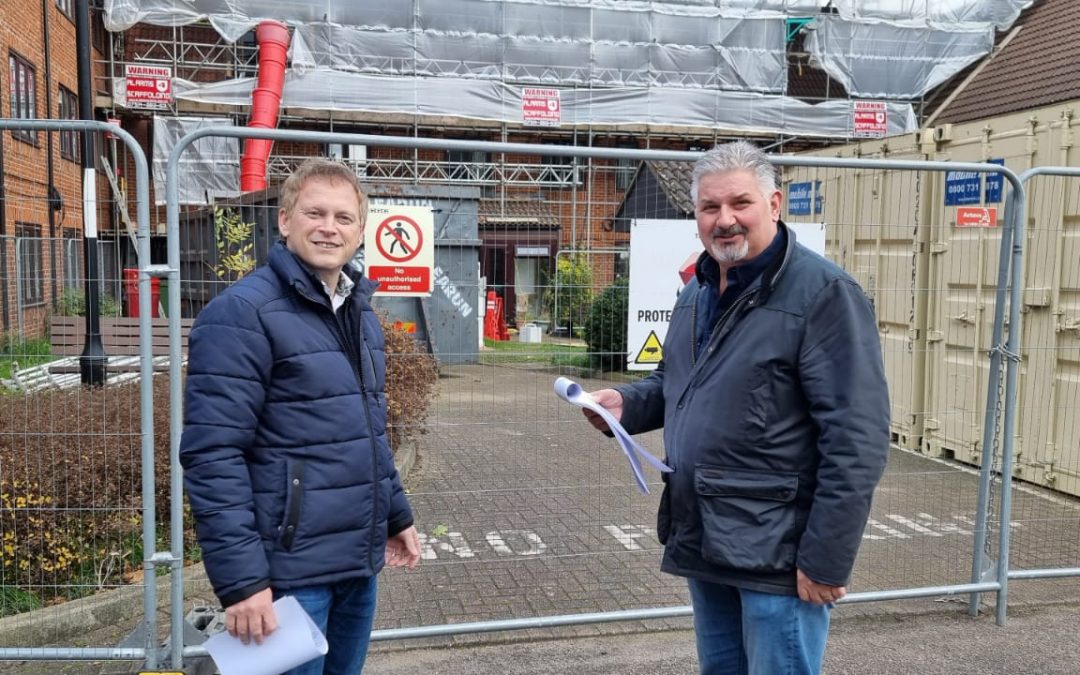 Welwyn Hatfield MP Grant Shapps has written to the CEO of Sanctuary Housing Association over reports that residents of the flats burned out in the Ashley Court fire in December of last year, are being charged hundreds of pounds per month in maintenance charges.

Last year- December 15 2020, an electrical fire damaged Ashley Court in Hatfield. Residents, a number of whom are vulnerable and require care, have been off-site in temporary accommodation since the incident.

Sanctuary have handed over control of the site to a construction team to restore the block, but earlier this year residents were shocked to find that they were being charged £225 per month in service charges to the Housing Association.

After the fire, security guards were in place to guard the property. However, they were removed after a short amount of time and a number of flats were broken into this September, with personal items stolen.

Cllr Peter Hebden, County Councillor and Borough Councillor for Hatfield East, contacted Sanctuary about this issue in October, asking them to look again at this situation and stop demanding payment from the displaced residents.

Sanctuary responded to Cllr Hebden’s letter, but did not agree to waive the £225 p/m charge on the residents.

Now, Mr Shapps has written a letter (below) Sanctuary Housing’s CEO Craig Moule about this issue to reiterate the need for this charge to be waived, and for residents to be refunded. 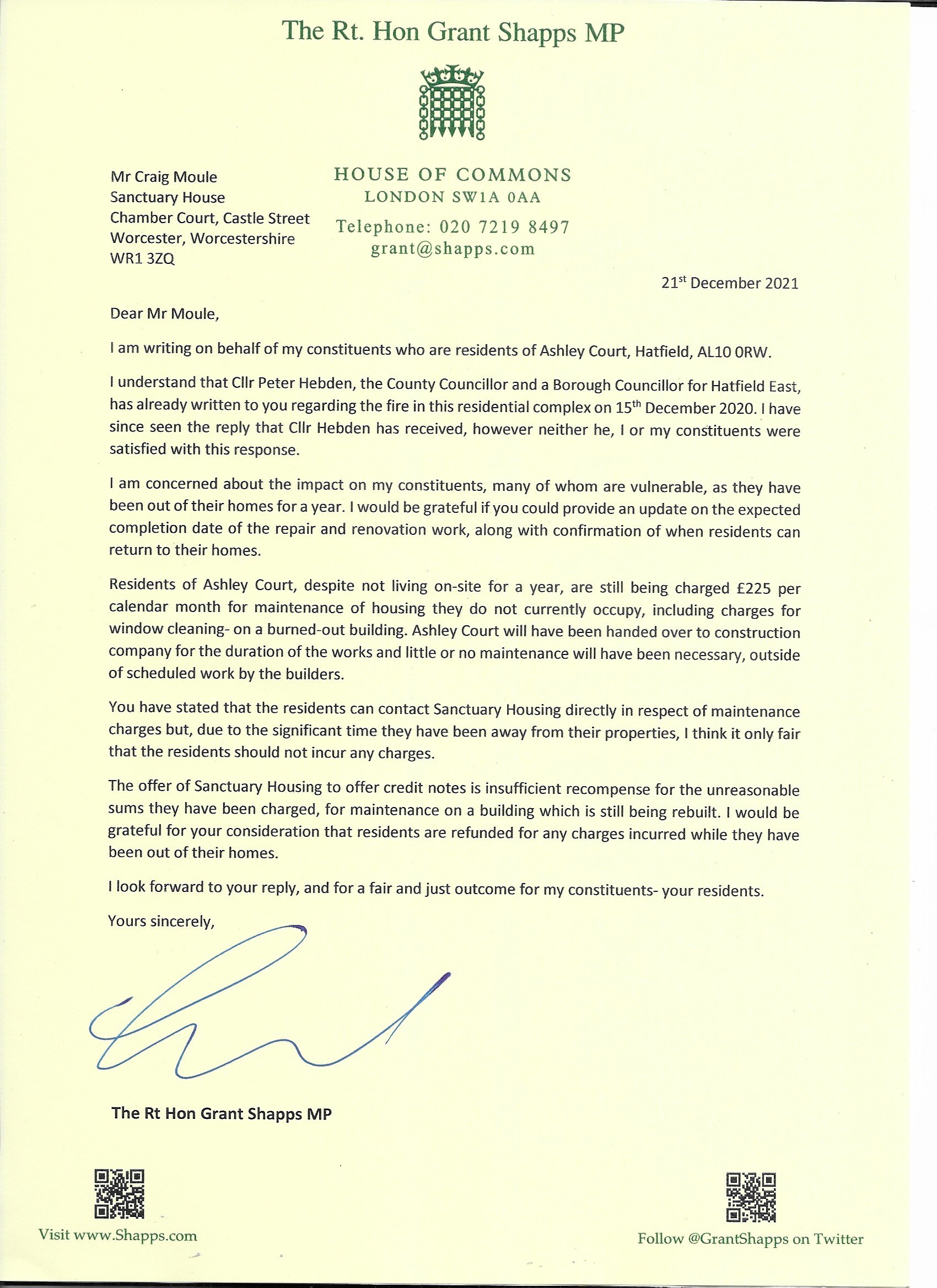 Of the case, Cllr Peter Hebden said: “The response I received from Sanctuary Housing was very disappointing and didn’t address the issues from the residents’ perspective at all. This is now the 2nd Christmas that residents will be away from their homes and that is totally unacceptable. Sanctuary Housing need to seriously review their approach as to how they manage major incidents such as this and keep the residents at the forefront of their plans. They have shown little understanding and compassion for the terrible time the residents have gone through.”

Mr Shapps said: “The residents of Ashley Court have been away from their homes for a year now- living with friends, family and in other temporary accommodation through no fault of their own.

“It does not seem fair that they are having to shell out cash for lifts and equipment that isn’t being used, for waste disposal when they aren’t living there, and for a caretaker and window cleaning on a building that is essentially a building site.

“So I’m hoping that the CEO of Sanctuary Housing will agree with myself and Cllr Hebden, and put the minds of the Ashley Court residents at ease by waiving these charges.”