Following the recent completion of an Interim Traffic Report on the B197, Grant Shapps has welcomed its recommendations, which move the road one step closer to seeing a 30mph limit outside a popular local school.

MP Grant Shapps met with parents and the headteacher of St Michael’s Primary School last December to discuss safety concerns on the 40mph B197. A traffic feasibility study was subsequently carried out between January and May of this year.

The local MP discussed the issue with Welwyn County Councillor Richard Smith, who commissioned the study and recently briefed locals on the Interim Report at the annual meetings of both Woolmer Green and Welwyn Parish councils. While the report is yet to be fully reviewed by County officials, he has recommended short-term measures to include a controlled crossing outside of St Michael’s Primary School and upgrades to existing Zebra crossings and bus stops on the road.

More significant changes, which will have to be considered in the context of the A1(M) becoming a ‘Smart Motorway’, include reducing the width of the B197 and the speed limit to 40mph throughout and 30mph outside the two schools.

Jan Martin, Head Teacher at St Michael’s Woolmer Green said, “I was of course delighted to hear the details of the Interim Report about the Traffic Feasibility Study. It would be great to have a controlled crossing outside St Michael’s and to upgrade the zebra crossing; this would go some way to ensuring the safety of our families.”

Following the report’s findings Grant commented “Reducing the speed limit to 30mph and making the crossings safer for children is a subject that I and other local parents have been campaigning on for some time. With two primary schools on this road it is vital that we keep our school children safe.

“I was therefore pleased that the interim report has recognised that the road is a genuine safety risk, and it now proposes a number of solutions – some of which can be implemented soon.

Meanwhile, I will continue to push for more significant changes in the long-term. So, as far as I’m concerned, the direction of travel is right, but there is still more to do.” 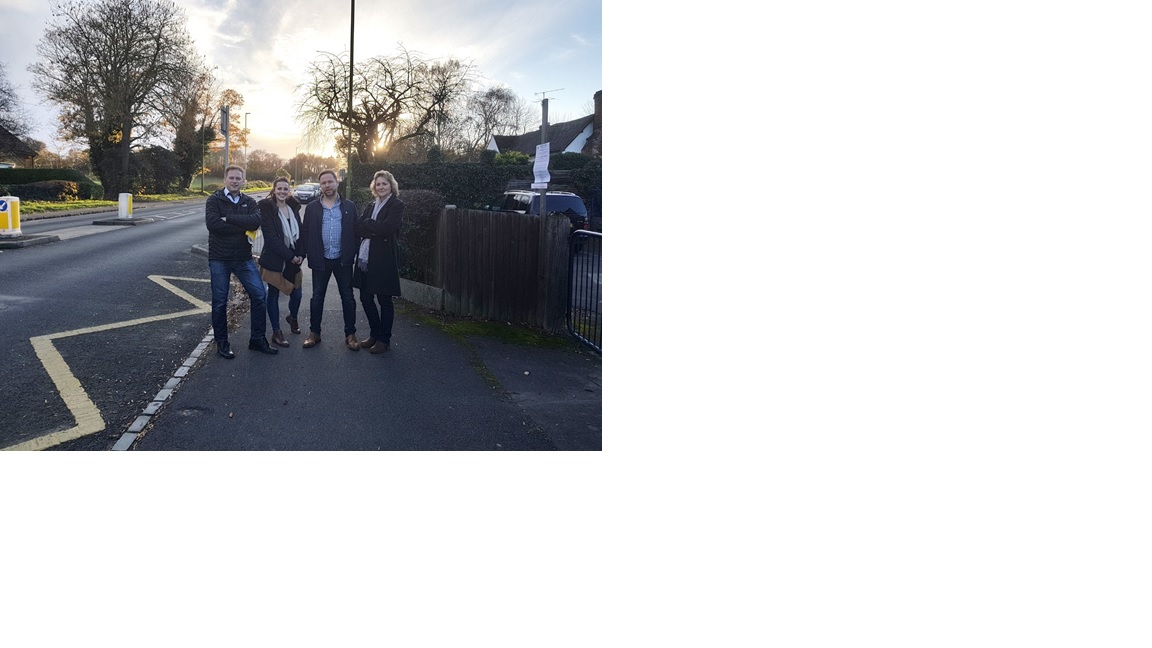