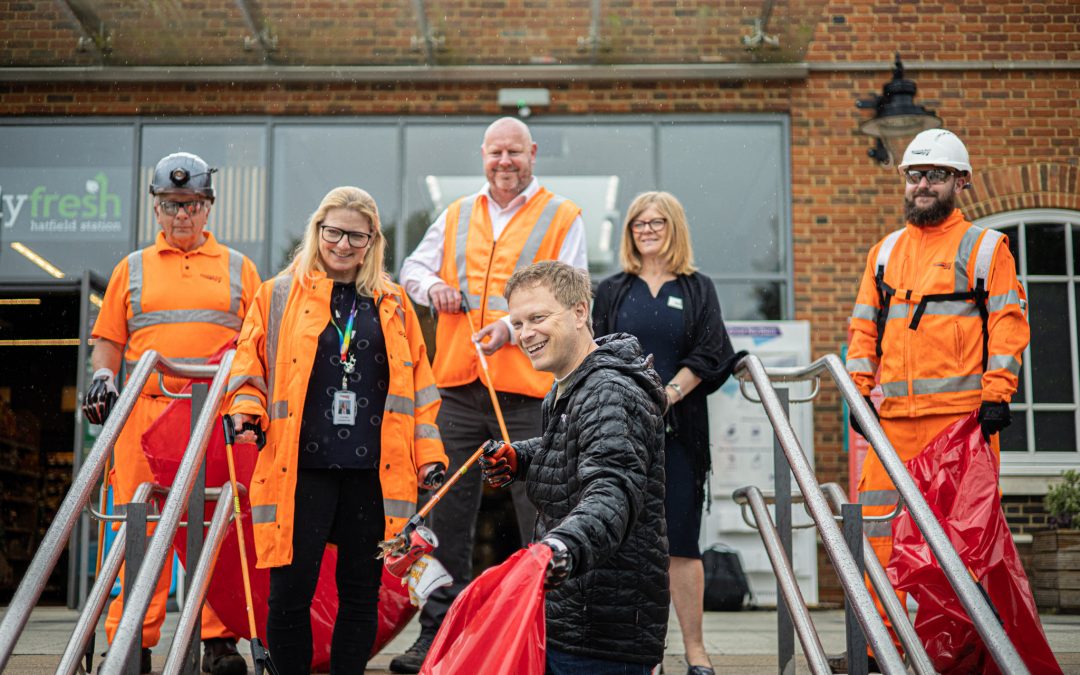 Mr Shapps attended a clean-up at the front of the station, helping clean the area of litter, as part of the ‘Great British Spring Clean- organised by Keep Britain Tidy.

At the station Mr Shapps met with Network Rail and station staff, donning protective gloves and a litter picker.

Of the visit, Mr Shapps said: “I’ve challenged Network Rail to clean up the network as much as possible before people start coming back, as we hope, get to the next stage of the unlock.

“I think it’s really important to make people feel more confident about being on the railway. I’m a big believer that if people find that the environment around them is clean, they feel happier and healthier. It helps people’s mental health [and] also helps with physical health as well.

“The Great British Spring Clean is a fantastic initiative, and I’m incredibly happy to be able to support it.”

Paul Rutter, Chief Environment and Sustainability Officer for Network Rail said: “So far, the local team have cleared 500 bags- nearly 5 tonnes rubbish- in the local area between Hatfield and Brookmans Park. Now we’re going to continue through to Finsbury Park and closer to London.

“[We are doing this] not just to make it look better, but also safer for employees and the travelling public.”

The Spring Clean runs until the 13th June. So far over 160,000 volunteers have pledged to tidy over 1 million miles of roads, rivers, beaches, and countryside.

Details about the campaign can be found here: www.keepbritaintidy.org

A video was produced during the visit, which can be viewed below.