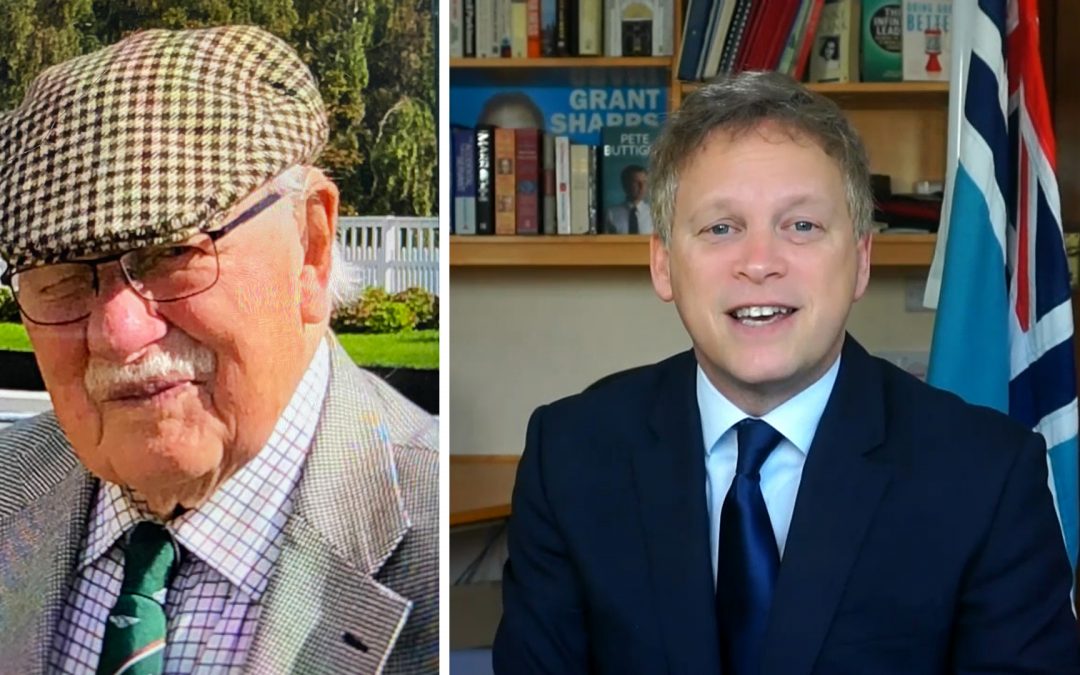 Laurie Pyle, a long term resident of Hatfield and Hertfordshire, has today received videos and messages from family and friends as he celebrates the 100 year milestone.

Mr Pyle was born on this day in 1921 in Ware, Hertfordshire.

He worked for many years in engineering companies- training as a toolmaker in 1936, and building the first fully automated gearboxes for commercial vehicles.

Laurie did his part to support Britain’s war effort- making under-carriages for bombers and military aircraft, producing coal cutting machinery in Glasgow, and working on tailpieces for Spitfires and Hurricanes as well as sea mine release mechanisms in Stevenage.

He spent the years after the war developing and assembling parts for the famous Black and Silver Shadow bikes at Vincent Motorcycles in Stevenage, where he moved with his wife.

Laurie built a home for his wife and two children in Hertford in 1958, where he lived for many years until he came to live in Lowlands, Hatfield- where he resides to this day.

A man of many talents, Laurie learned to play the organ as a teenager and played in a dance band that toured dance halls throughout Hertfordshire and London all the way up until 1939.

Being told by one of his friends that he was keen on politics, Welwyn Hatfield MP Grant Shapps surprised Laurie with a video from himself, played amongst videos from friends and family.

Mr Shapps said: “It’s great to hear that you’re going strong. I am told that you are very much into politics- which is music to my ears of course.”

Citing the pandemic, Mr Shapps said: “ I know it’s difficult at the moment, not being able to visit one another or celebrate birthdays properly.

“It would’ve been great to meet you in person- and I’m sure we’ll get to do that once this time has passed.”

Laurie’s friends say that he is as sharp as a pin, loves politics, trading stocks on his iPad, and appreciates family time above all else.