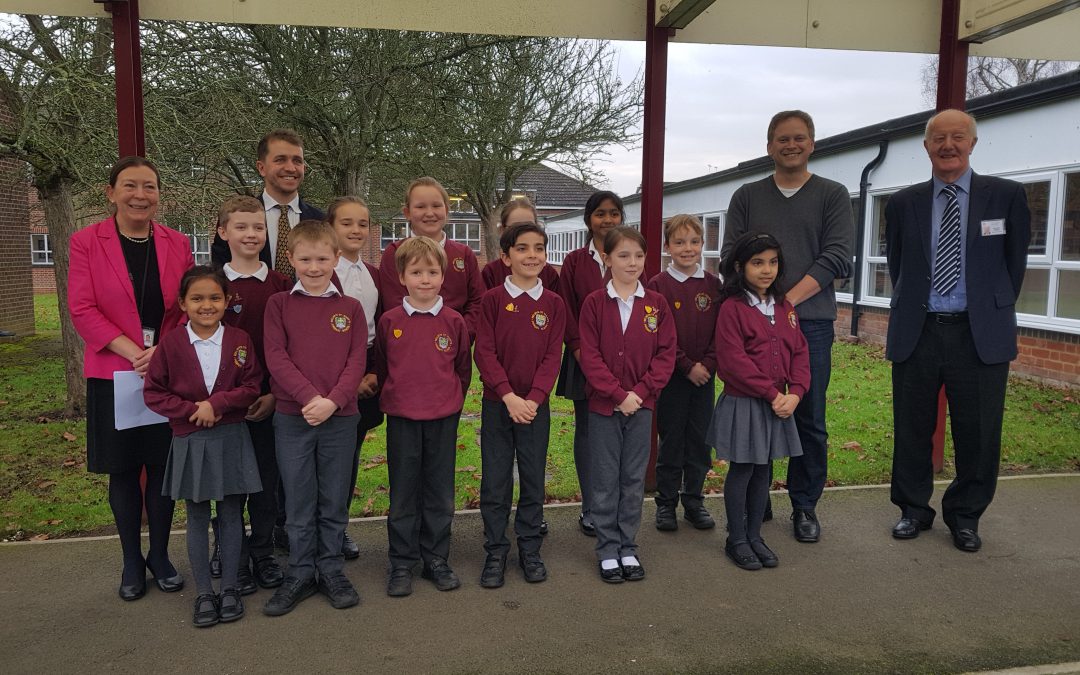 Welwyn Hatfield MP Grant Shapps visited Welwyn St Mary’s Primary School to speak to pupils about his role as the local Member of Parliament, and meet with the School Council.

Grant sat in on an assembly of the whole school, where the choir sang a song and awards were handed out to pupils following recent sporting successes the school has been involved in. Grant then spoke to pupils about what a Member of Parliament is, and how he represents over 100,000 people who live in Welwyn Hatfield.

He then met with the School Council, who asked some challenging questions about what the hardest part of being a Member of Parliament is, and why he decided to enter politics.

Grant said: “It was an absolute pleasure to visit Welwyn St Mary’s Primary School again, and I was very privileged to sit in on an assembly of the whole school and hear the choir sing, as well as join in celebrating pupils’ recent sporting successes.

“The best part of my job is going to schools like Welwyn St Mary’s and meeting young children, to hear about what interests them and explain how, through politics, they can make a difference to people’s lives.”

Mary Westley, Headtecher at Welwyn St Mary’s, said: “We were thrilled that Grant could spend time with our School Council and share with them about how democracy works on a national scale. They learned so much more about being an MP and what it takes to get elected in the first place. Hopefully he might have inspired an MP of the future.

“We were also very pleased that he recognised and placed importance on the range of achievements of our children and their hard work and perseverance on the way. Staff and pupils alike were heartened to hear his praise.”