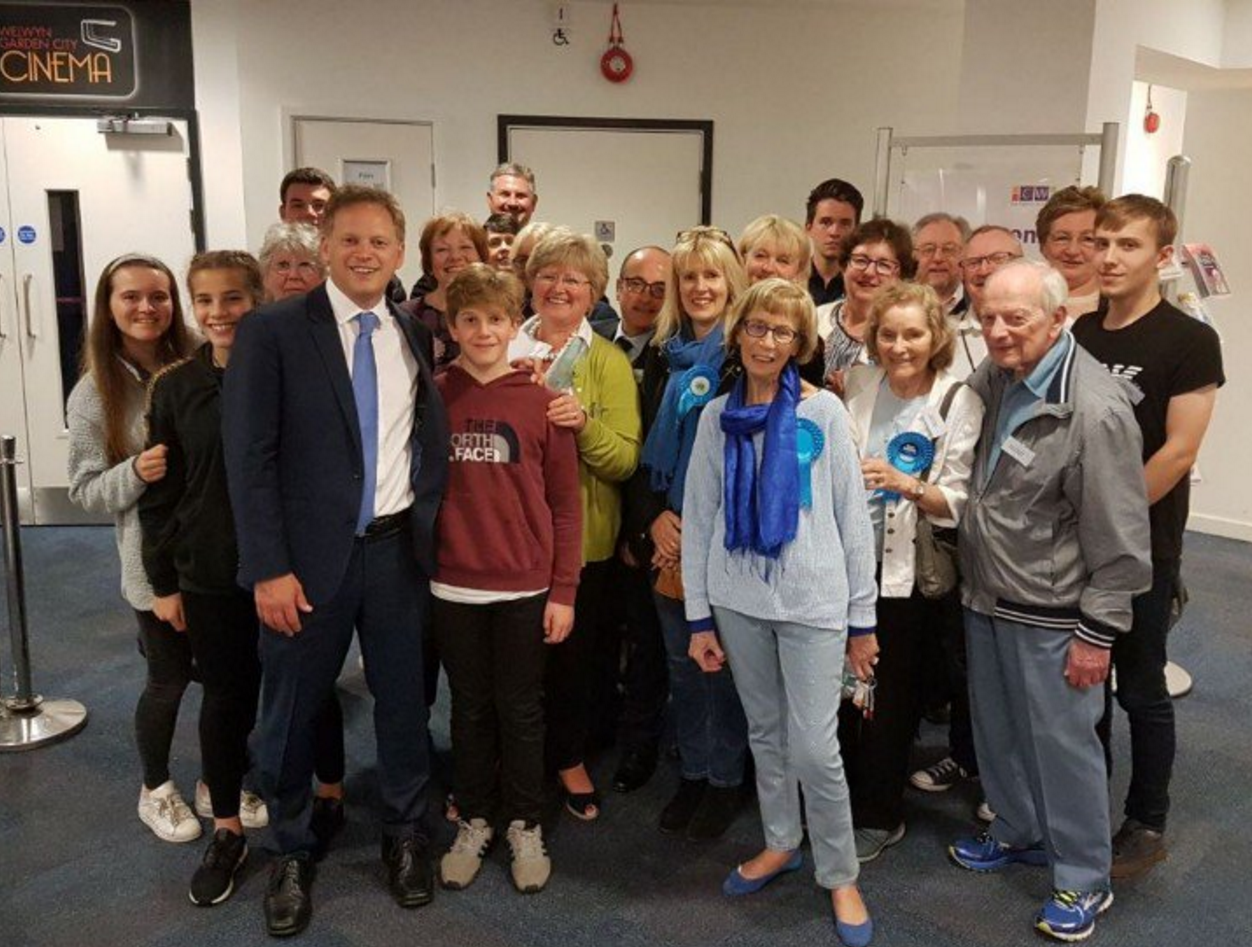 Last week, Grant Shapps was re-elected as Member of Parliament for Welwyn Hatfield in the General Election after a very close-fought campaign. Grant’s team ran a very positive and strong campaign, which managed to canvass almost every house in the constituency.

Returning to work on Monday, Grant promised that he would remain completely committed to serving Welwyn Hatfield both at home and in Westminster, regardless of which way they voted last Thursday.

Grant himself thanked his team and the many activists which helped him door-knocking, telling and in other ways during the campaign, saying: “I am grateful for all the effort you’ve put into this. Although it was my name on the ballot, this election was a team effort and could not have been done without you!”