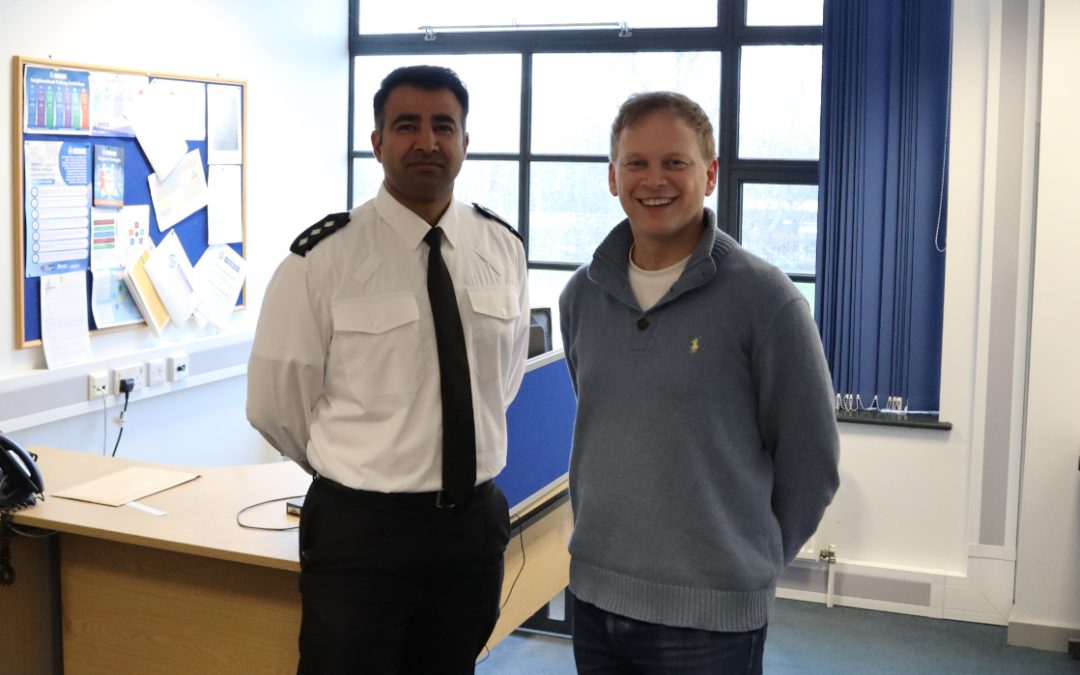 Grant Shapps met with new Welwyn Hatfield Chief Inspector Kash Hussain following his promotion to the role in February, discussing issues such as violence against women and girls, drug usage and speeding.

Mr Shapps used the meeting to ask the Chief Inspector about crime in Welwyn Hatfield, to which Mr Hussain told the local MP about changes in the pattern of crime due to the pandemic.

The pair then discussed the issue of violence against women and girls, agreeing that the local constabulary needed to adapt to challenges around encouraging victims to come forward.

Other issues discussed included drug usage, speeding on the A1000 and the rights of drivers when stopped by police officers.

Mr Hussain used the opportunity to promote the constabulary’s community voice platform ‘echo’, through which residents can input their ideas to improve policing or give feedback.

“Echo is a great way for those living in Welwyn Hatfield to help set policing priorities, and we value all of the feedback sent through the platform”.

Mr Hussain added, “I would also encourage residents and stakeholders to get involved with the police priority setting forums regularly held by the Welwyn Hatfield neighbourhood team.”

Of the meeting Mr Shapps said “it’s assuring to know that Kash is now at the forefront of policing in Welwyn Hatfield, and I look forward to working with him on local issues.”

“Kash did an excellent job on the Safer Neighbourhood Team, and I’m sure this will translate into his new role as Chief Inspector.”

Mr Hussain added to Mr Shapps’ comments on the meeting saying, “It was great that Grant took the time to come and discuss many of the local issues we face when policing Welwyn Hatfield.

“It’s fantastic to have his support moving into the role of Chief Inspector”.

Mr Hussain was promoted to his new role February and will now oversee the policing of Welwyn Hatfield.