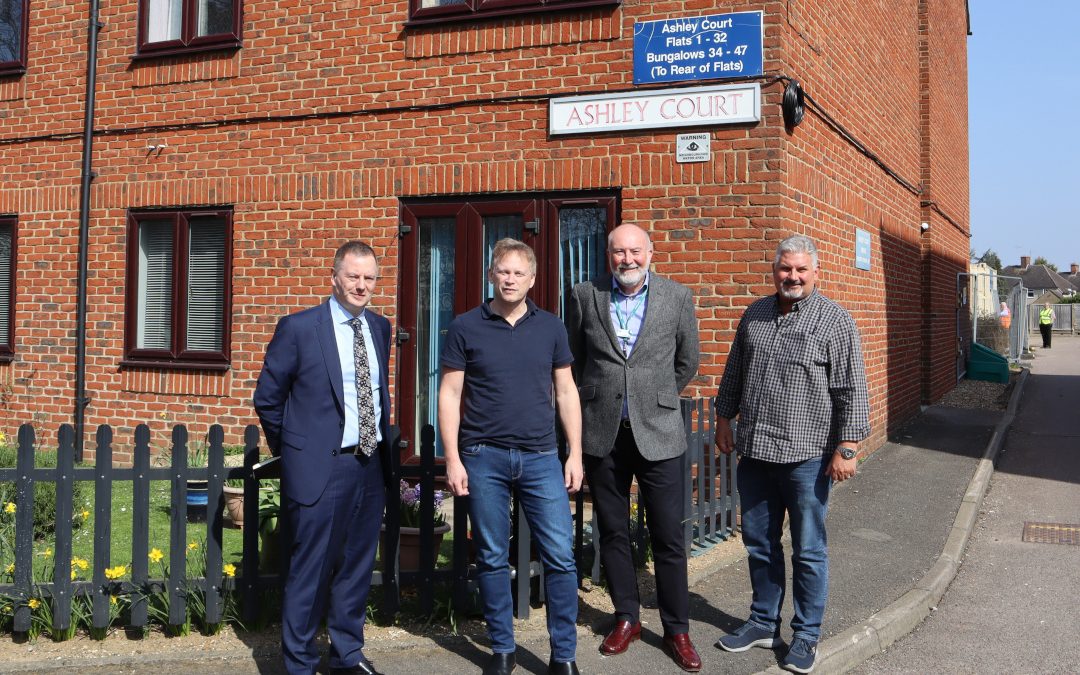 Welwyn Hatfield MP Grant Shapps held bosses of Sanctuary Housing to account for their “unacceptable” treatment of residents of Ashley Court, Hatfield, during a recent meeting.

In February 2022, Mr Shapps wrote to Sanctuary Housing, telling the association that he was putting it “on notice”, and would raise the plight of residents of Ashley Court in the House of Commons Chamber if necessary.

Following the sending of this letter, Sanctuary Housing agreed to refund residents in full for the services they had not been able to make use of, and to waive any further charges.

During the meeting Mr Shapps, alongside Peter Hebden, County Councillor and Borough Councillor for Hatfield East, took Mr Moule and Mr Clark to task, informing them of the issues that their poor treatment of residents had created.

Sanctuary Housing CEO Craig Moule used the opportunity to apologise to Mr Shapps, saying that he regretted that events concerning Ashley Court had “got to this point”.

Of the meeting Mr Shapps said, “as Mr Moule pointed out himself, it is completely unacceptable that this issue has got this point.

“No one should have to go through what the residents of Ashely Court have been over the past sixteen months, let alone those who require that extra level of care.

“I’m glad that this issue is well on the road to resolution, and that the residents no longer have that added stress of paying for services they were unable to access.

“I’ll be monitoring the situation going forward to make sure that Sanctuary Housing live up to their word, and that the process of getting residents back into their homes is a smooth and timely one.”

Cllr Hebden, who has led with Mr Shapps on the matter added, “I have maintained communication with Sanctuary Housing, and I’m delighted that the residents are being refunded.

“We are also discussing a further financial package for residents due to their unacceptable experience at the hands of Sanctuary Housing.”

Residents of Ashley Court, Hatfield were forced to leave their homes in December of 2020, due to an electrical fire that began in the site office of the main building.

Despite not being able to return to their homes immediately after the fire, residents of the assisted living housing block were charged for services such as a Scheme Manager and Caretaker costs which they could not make use of.

Sanctuary Housing’s failure to restore residents’ homes quickly has left many in temporary accommodation or living with relatives for over a year.