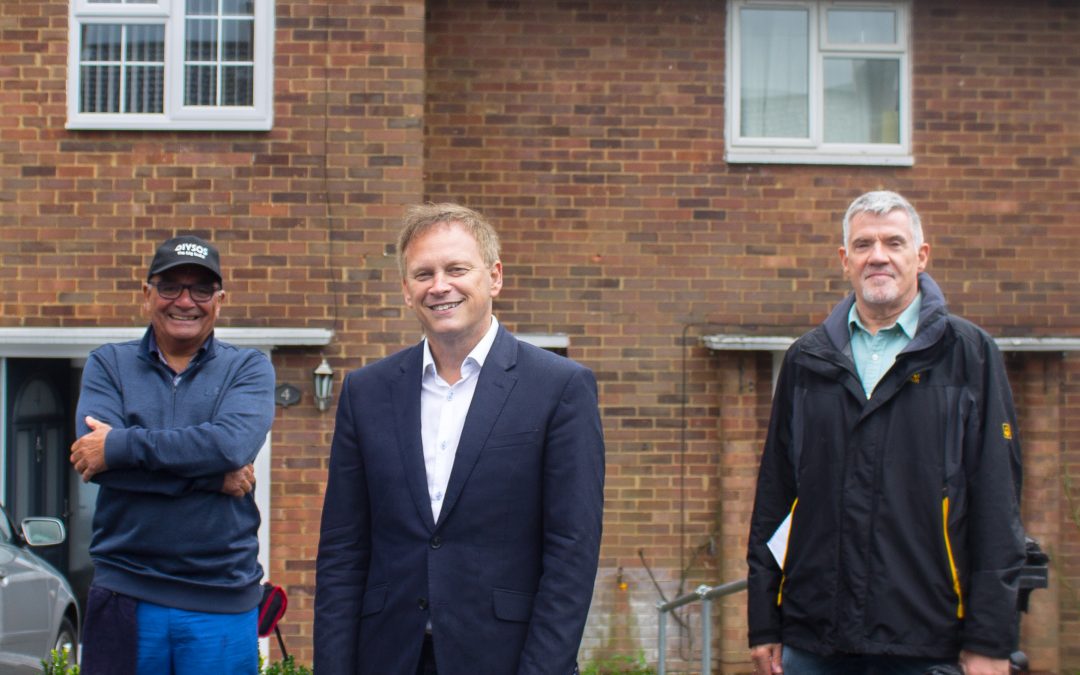 Billy Byrne from DIYSOS, and his neighbours on Wellcroft Close in Welwyn Garden City recently met with local MP Grant Shapps to discuss major flooding from drains on their road.

The issue has persisted on this street for months- Heavy rainfall causes the drains next to their houses to fill up in as little as half-an-hour and cascade down driveways and into homes, gardens, garages and sheds.

During the rainy meeting, Mr Shapps was told about the problems this caused for residents of the close.

One homeowner, Dennis, said: “It can be any time of the day or night. We’ve been out at 3 in the morning…both gardens are absolutely flooded, it goes down my neighbour’s garden, comes under my shed…it’s been going on for years now.”

Grant was told by Jill, who also lives on the close: “If you stay here long enough today, I think it will do the same.”

This problem is very distressing for residents. One went so far as to say: “I would never have moved into my house if I’d have known of the flooding.”

Billy and Grant discussed potential solutions. Billy stressed the need for a “camera to be put down the drain to see where the blockage is.”

Residents were appreciative of Grant’s visit. “At least there’s someone listening now,” said one.

Billy said: “It’s great that someone has taken it on board.”

Grant Shapps said: “Thank you for taking the time to coming out, in the rain and talk to us about this…we’re going to try and do everything we can to get this resolved.”

See our short film on the visit below: